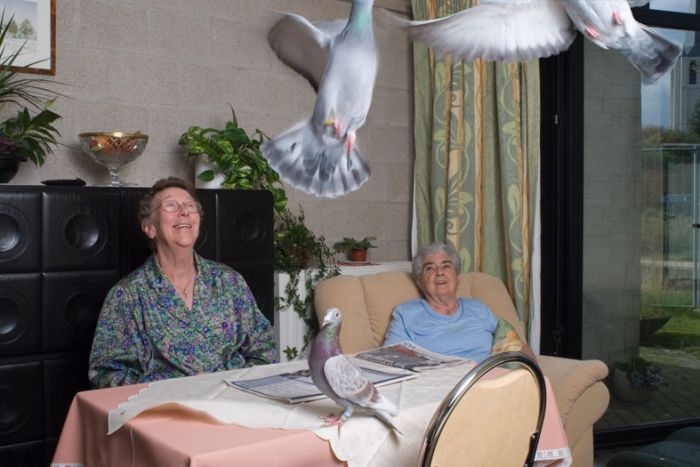 SIX ARTIST ROOMS: (2006) For the 20th anniversary of gallery Kallement Pierre Mertens curated in the retirement home of Wommelgem, the exhibition series “6 Chambres d’Artistes”. Together with Zjuul Devens, he made a series of portraits of the participating residents with a small intervention by the participating artists. This exhibition was followed by a series of exhibitions of interventions in the elderly person’s room. The only limitation was that the elderly person agreed to the intervention. Pierre Mertens placed a statue of Christ covered with red candle wax in the room of his admired Maria. Participating artists were Lieven Bauwens, Zjuul Devens, Willo Gonnissen, Tom Luyckx, Pierre Mertens and Ellen Pil.